Another good sequence of photos showing how a bridge develops. The top set of photos shows the construction of a Bailey bridge, and the bottom shows a more substantial steel stringer bridge in the same location.

It is worth noting that the Company C commander wrote a letter of commendation to the men who worked on this bridge, noting that it was the first to be constructed during a night operation by the Company. 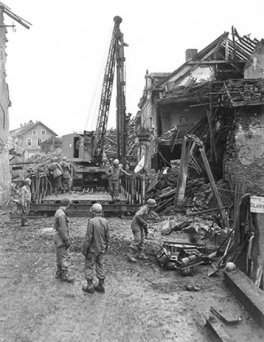 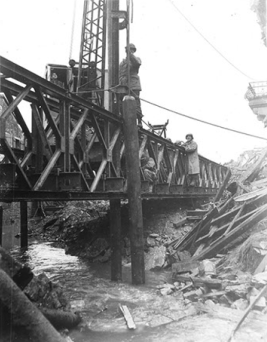 Image from Google Street View. The brown building at the center right seems to be the same as seen in the center of the fifth photo (Photo 51) in the top sequence.